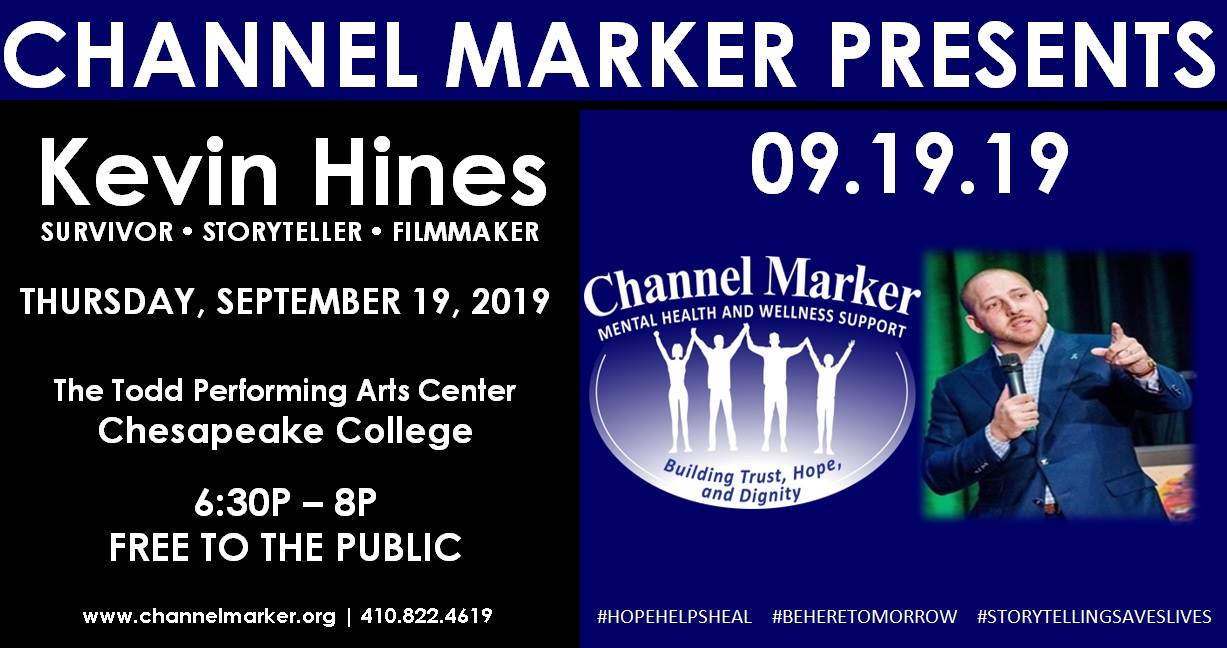 Channel Marker presents the Kevin Hines Story, an evidence-based suicide prevention, free speaking engagement open to the public. Kevin Hines is a national suicide survivor, public speaker, award-winning documentary filmmaker, and best-selling author. In the year 2000, Kevin attempted to take his life by jumping off the Golden Gate Bridge. Many factors contributed to his miraculous survival, including a sea lion which kept him afloat until the Coast Guard arrived. Kevin now travels the world sharing his story of hope, healing, and recovery while teaching people of all ages the art of wellness and the ability to survive pain with true resilience.